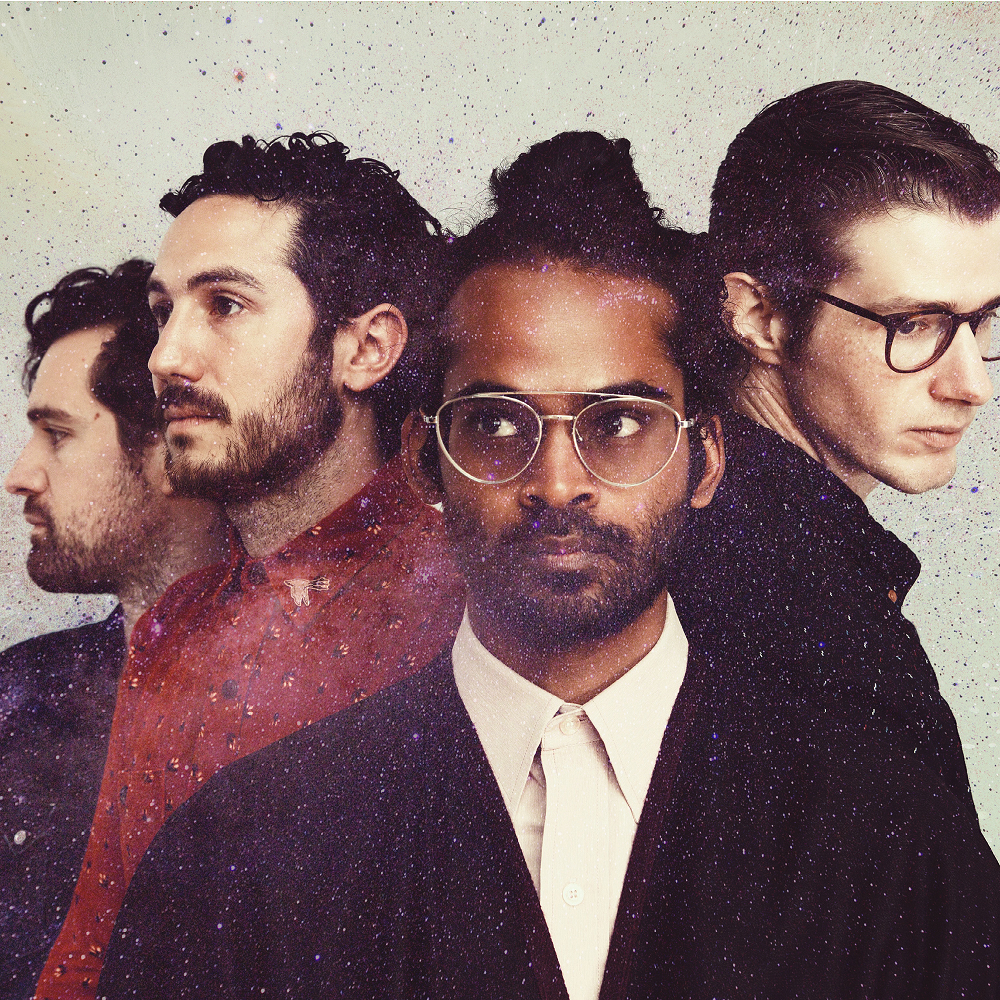 “It’s over now / The flag is sunk / The world has flattened out,” are the first words of Extralife, the new album by Boston-based quartet Darlingside. While the band’s critically acclaimed 2015 release Birds Say was steeped in nostalgia and the conviction of youth, Extralife grapples with dystopian realities and uncertain futures. Whether ambling down a sidewalk during the apocalypse or getting stuck in a video game for eternity, the band asks, sometimes cynically, sometimes playfully: what comes next? Their erstwhile innocence is now bloodshot for the better.

Hope arrives in the form of Darlingside’s signature superpower harmonies, drawing frequent comparisons to late-60’s era groups like Crosby, Stills & Nash; Simon & Garfunkel; and The Byrds. And yet, their penchant for science fiction and speculative futurism counteracts any urge to pigeonhole their aesthetic as “retro”. The four close friends construct every piece of their music collaboratively, pooling musical and lyrical ideas so that each song bears the imprint of four different writing voices. NPR Music dubs the result “exquisitely-arranged, literary-minded, baroque folk-pop”, and calls Extralife “perfectly crafted”.

Darlingside perform all of their music around a single vocal microphone, inviting audiences into a lush, intimate world where four voices are truly one. Their 2016 performance at the Cambridge Folk Festival “earned an ecstatic reception and turned them into instant stars”, according to The Daily Telegraph. The band tours regularly throughout the United States, Canada, the UK, and Europe.

Make a Reservation for Darlingside