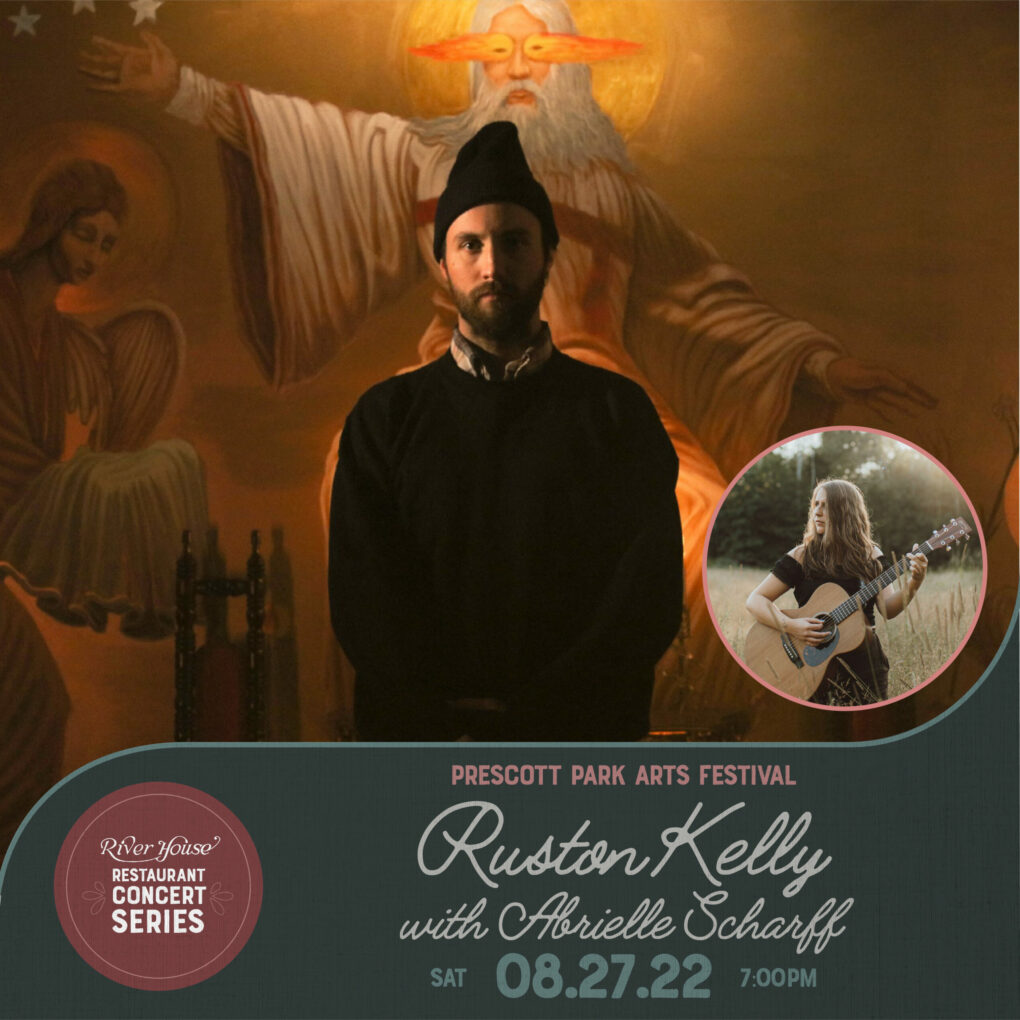 With his sophomore album Shape & Destroy, Nashville-based artist Ruston Kelly now documents his experience in maintaining sobriety, and finally facing the demons that led him to drug abuse in the first place. But while Kelly recounts that journey with an unvarnished honesty, his grace and conviction as an artist ultimately turn Shape & Destroy into a work of unlikely transcendence.

“This was the first time I ever recorded completely sober, and I wanted to take the intensity of whatever it took to get me here and leave that splattered all over the wall,” says Kelly. “Rather than telling the band how or what to play, I translated that intention to them to get us all on the same page, and the songs came together exactly the way I needed them to.”

Though Kelly booked nine days at Dreamland, the sessions were so kinetic that the band tore through almost the entire album in the first 48 hours. Describing Shape & Destroy as a “mental-health record,” Kelly reveals all the false starts and setbacks in getting sober with a specificity that’s unflinching but never heavy-handed. As the album unfolds, his lyrics drift from forthright to poetic to sometimes even storybook-like (an element manifested in its recurring images of wishing wells and stars, flowers and wild storms).

In bringing Shape & Destroy to life, Kelly again tapped into many of his longtime inspirations—Jackson Browne, Dashboard Confessional, the brutal and visceral energy of Kurt Cobain’s live performance—but also looked to such unexpected sources as transcendentalist philosopher Ralph Waldo Emerson. “A huge turning point in my spiritual life was reading his essay ‘The Poet,’ which talks about how artists love wine and narcotics, but the true artist doesn’t ingest anything but water from a wooden bowl,” he says. “As soon as I read that I thought, ‘Damn, you’ve got my number there.’” And through the process of creating Shape & Destroy with total clarity, Kelly emerged with a greater understanding of how to fulfill his purpose as an artist.

“The more I’m doing this thing of touring and gathering a fanbase of people who seem to appreciate these songs and make them their own, the more it fuels the fire to keep doing it—and to do it with even more honesty, now that I’m clear-headed and clear-eyed,” says Kelly. “Making this record definitely taught me that I don’t want to be selfish: I want to channel something larger than myself, and give myself to the process as fully as possible, because these songs also become the story of whoever hears them. Whatever someone might get out of listening to this record and hearing me express myself in this way, it’s completely theirs.”

The charming powerhouse grew up in Portsmouth, New Hampshire. While her friends were listening to Disney lullabies from their carseats, she was cutting her teeth on The Beatles and Buddy Holly. Music is the lifeblood of many in her family. Every year around Christmastime, she’d hear her great-grandmother, Carol Richards singing “Silver Bells” with Bing Crosby on a loop in Macy’s. The Scharff Brothers, Abrielle’s father and uncle, also made music inevitably infectious. Her uncle taught her three chords on the guitar and she wrote her first song that day. Once she made a name for herself on the seacoast, Abrielle paved her way onto bigger stomping grounds- and baby steps are not in her vocabulary.

The pop/indie artist’s voice lifts you with incredible ease, as she drops you with emotional devastation and truth. Her smooth vocal timbre is that of butterscotch and Norah Jones, her genuine lyrics alike to her diary and Brandi Carlile, and her stage presence comparable to a stand-up comic and also Stevie Nicks.

In the last few years, Abrielle has released a handful of singles along with her debut full length studio album. Her song, “New York Makes Me Cry,” was referred to by Popdust as a “sensitive treatment of well crafted songwriting.” Abrielle just released her newest project, “Koko,” which is available with all her other music on all streaming platforms. Not unlike the rest of her music, this collection of songs is a culmination of the maturing relationship between herself and the world around her. Abrielle’s content is synonymous with honesty; some songs written with her head but in many, her heart narrates. Each track makes even her most personal stories relatable.

Abrielle has just returned from her first tour in London after winning the Coffee Music Project’s international songwriting competition for her song, “The Women That Made Me.”

Make a Reservation for Ruston Kelly with Abrielle Scharff