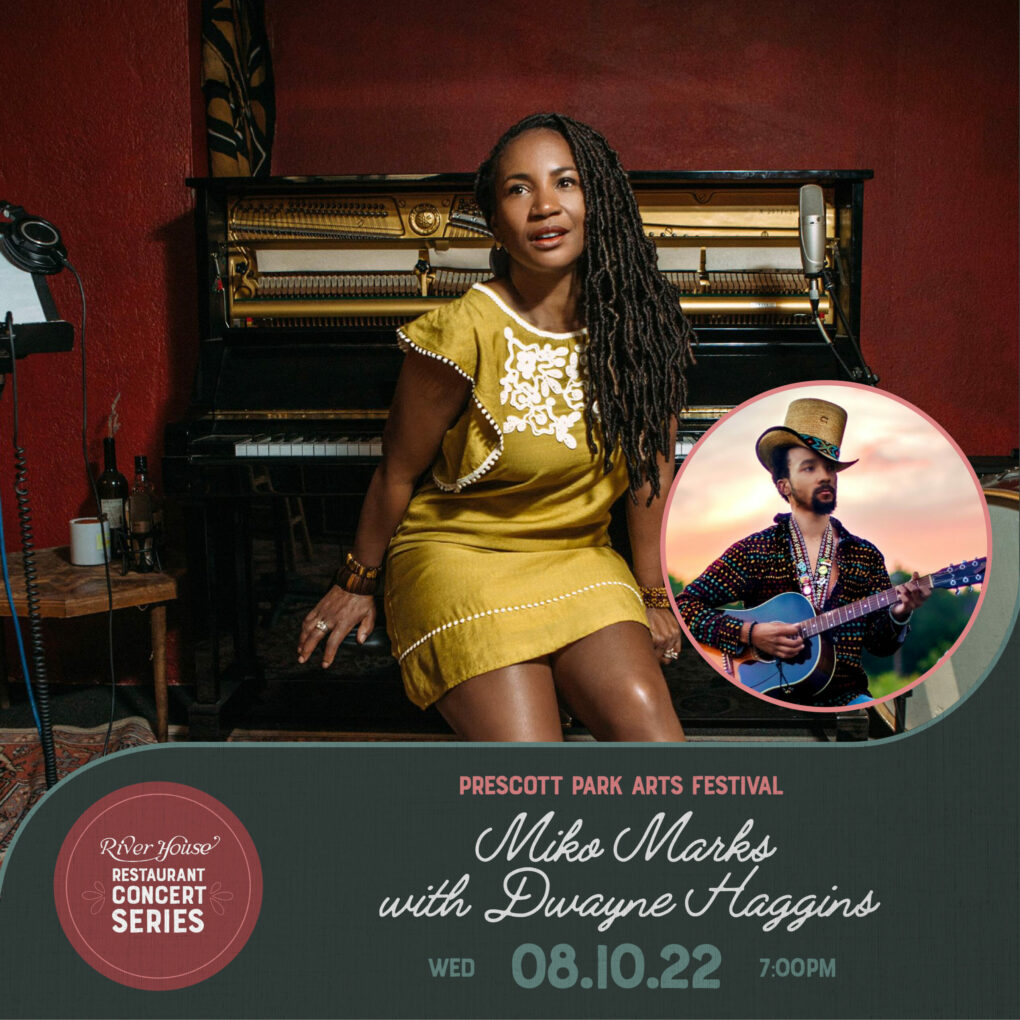 Miko Marks’ album Our Country (via Redtone Records) started with a dream – an actual, literal dream. A songwriter by trade, Marks’ own project has largely taken a backseat over the past decade, as early success and heartbreak in her career made her somewhat disillusioned with the music industry at large. A prolific songwriter, originally from Flint, Michigan and now residing in Oakland, California, Marks stands as a powerful embodiment of the underrepresented voices of Black women in country music specifically and a strong reminder of where the music is rooted. The morning after she awoke from a dream in which she recorded an album with co-producers Steve Wyreman (Jay-Z, John Legend, Rihanna, Leon Bridges) and Justin Phipps (Founder of Redtone Records), a vision of what she was meant to do snapped into focus. In the following months, the trio took a look at what was happening in the country they all loved and penned songs reflecting hard truths and the expansive emotions they were all feeling. Wyreman and Phipps also offered their musical talents with their band “The Resurrectors” (the Redtone Records house band) becoming Marks’ backing band for the album. The resulting work is a genre-fluid tapestry of songs woven together by Marks’ distinctive vocals. Rooted in sounds from country, blues, soul, and roots music, Our Country refuses to be put squarely into one box. While Marks’ is no newcomer, Our Country is her first album in 13 years so her name may be fresh to the uninformed. In 2003, Marks made her way to Music City – Nashville, TN – playing CMA Fest year after year and fully immersing herself in the country music community. While Marks received well-deserved accolades – “Nashville’s Hottest New Country Star” by People Magazine and “Best New Country Artist” by New Music Weekly – her efforts to be fully embraced by the industry in return proved to be elusive. While her crowd of supporters grew year after year, so did efforts from the industry to diminish her success. “In trying to pursue the gates of Nashville, I discovered that there were high fences made of stone,” Marks said of her experience in the early 2000s. She recalls “rules” for being able to play the largest CMA Fest showcases, those of which contained criteria nearly impossible to achieve for independent artists like herself. This experience ultimately led her to pick up her life and move to California to start anew, never giving up on the dream she was devoted to. Miko Marks proves to be a bonafide maverick that has blazed an unprecedented trail in the music industry. After a long overdue hiatus from music, Marks is eager to spread not only her music, but a message of unity and outspokenness for black musicians in country music and beyond. She has done much more than just make a splash and now she is ready to make waves. Marks works towards an ever evolving dream of creating art that is not stereotyped or pigeonholed by a specific genre and is created with no borders or boundaries.

He’s been described as “the love child of Hank Williams and Otis Redding.” “The John Legend of rockabilly.” And even, “the ‘what-took-you-so-long?’ fusion of Elvis Presley and Marvin Gaye.” At every performance, whether in a venerable metropolitan concert hall or a grimy dive in an anonymous strip mall, Dwayne Haggins is always at work. Adding new subtleties to an obvious melody line. Reinterpreting a time-worn lyrical cliché to imbue it anew with genuine feeling. Unleashing a gentle cascade of vocal acrobatics when least expected (and hence most effective) — never for show alone, but always to express a likewise unanticipated nuance of feeling: a whisper of love, a curse of anger, a groan of pain, a whoop of joy that feels, paradoxically, both surprising and inevitable at the same moment.

Dwayne Haggins grew up in many places, but when he talks of “home” these days, he means Framingham, Massachusetts.

Since early 2017, Dwayne has been on a quest to make a living playing music, leaving his mark on dozens of bars, restaurants and clubs scattered across eastern and central Massachusetts. His distinctive sound, which delivers a brand new take on the traditional country-blues and soul that he loves, has generated a rare sense of excitement and possibility throughout the area’s musical community.

Likewise, the exponential growth of his devoted audience likely signals that a move to larger venues is inevitable, and perhaps imminent. Which is no doubt one reason why Dwayne’s recent shows in local venues have taken on a new intensity, a sense of immense potential chafing at the limits of its current constraints. These days, each performance feels like a special occasion, a chance perhaps to experience the end of the beginning, the last page of prologue to a brand new story that already has the makings of a modern classic.

Though always a lover of music and an appreciative listener, Dwayne himself didn’t pick up a guitar until age 18. One evening he happened to turn on the Conan O’Brien show just in time to see Sturgill Simpson, a beacon of integrity in modern country music, perform his song “Living The Dream.” Thanks to that well-timed moment of inspiration, the guitar soon became Dwayne’s constant companion. By age 20 he was writing his own songs, and was well on the way to finding his own voice to sing them.

Make a Reservation for Miko Marks with Dwayne Haggins