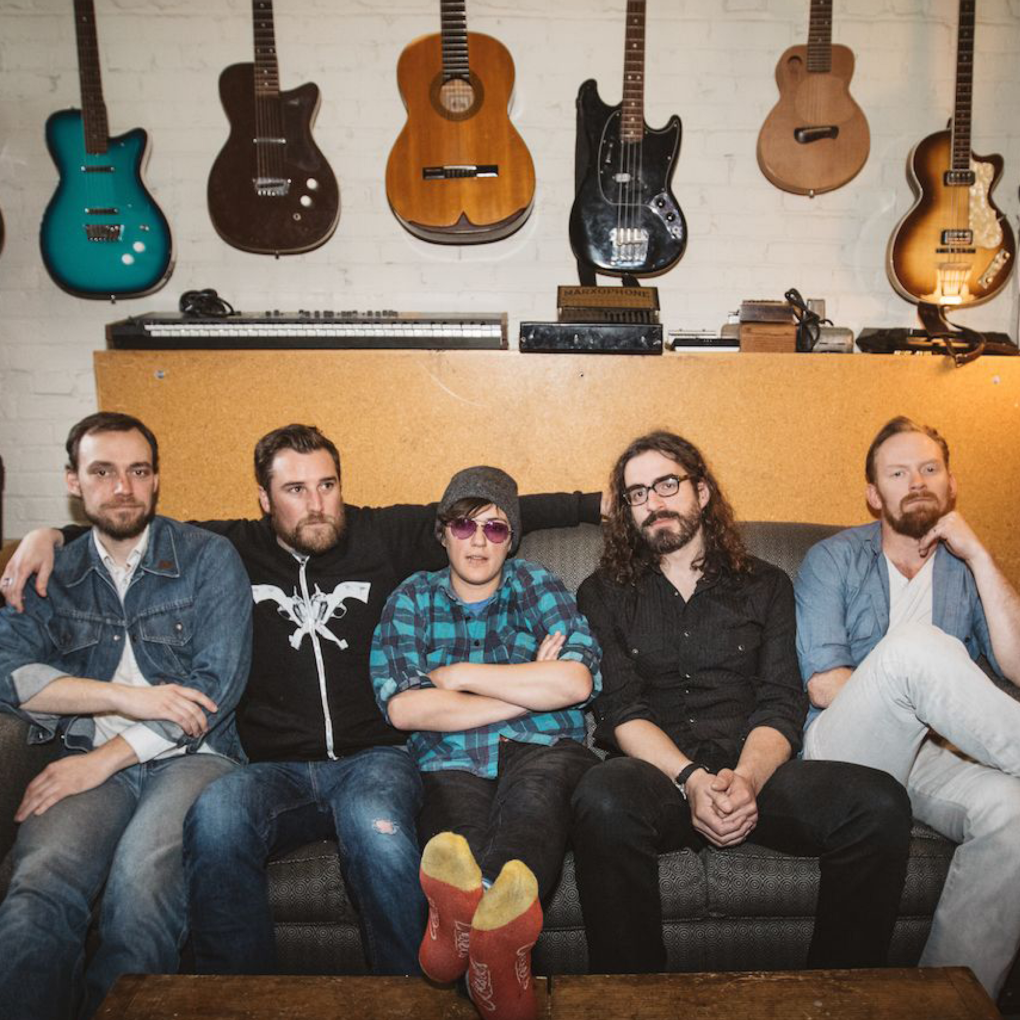 From song to song, Fruition has displayed dynamic musicality since making their debut with 2008’s Hawthorne Hoedown LP. Through the years, the band has evolved from a rootsy, string-centric outfit to a full-fledged rock act, eventually taking the stage at such major festivals as Bonnaroo and Telluride Bluegrass (a set that inspired Rolling Stone to praise their “raucous originals filled with heartfelt lyrics and stadium-worthy energy”).

Following the release of 2016’s Labor of Love, Fruition again made the rounds at festivals across the U.S., prompting Rolling Stone to feature the band on its “8 Best Things We Saw” at DelFest 2016.

With their most recent release, Watching It All Fall Apart, Fruition’s songwriting is sharper and more nuanced than ever before— and their sonic palette more daringly expansive. The Portland, Oregon-based band’s fullhearted intensity shines through in a departure from their usual DIY approach. Showcasing the sublime harmonies, the band first discovered during an impromptu busking session in 2008, Watching It All Fall Apart also finds Fruition more fully embracing their rock-and-roll sensibilities and bringing a gritty vitality to each track.

Make a Reservation for Fruition