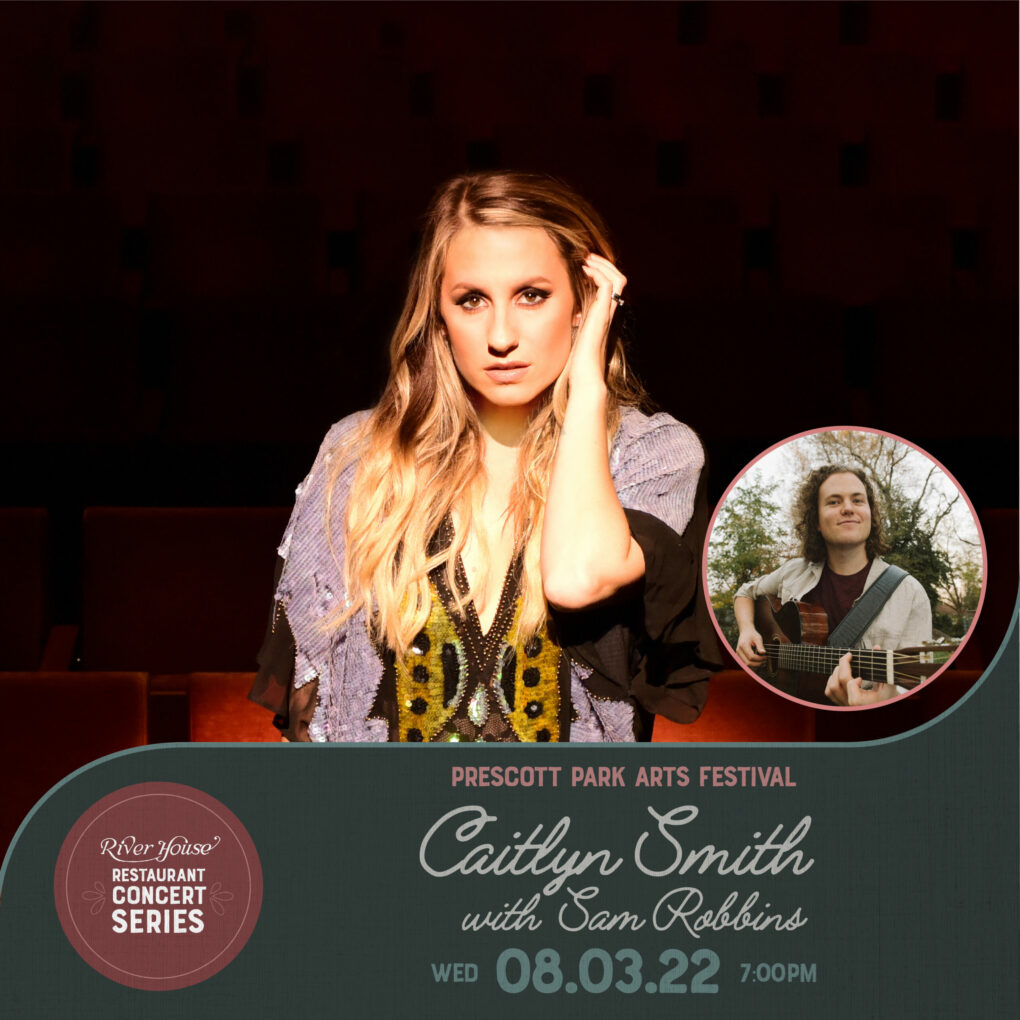 This concert is made possible by Evening Sponsor, 97.5 WOKQ, New Hampshire’s No. 1 station for country music and home to Kira and Logan in the Morning.

“If a song doesn’t give me chills at some point, then I don’t want to put it on a record. I want to feel and believe every song.”

That’s always been Caitlyn Smith’s mantra. One that has seen the ACM New Female Artist of the Year nominee’s songs in the hands of Miley Cyrus, Dolly Parton, Meghan Trainor and John Legend, and Garth Brooks, to name a few, and won her a Critics Choice Award. With the 2018 release of her debut album, Starfire, Smith established herself as one of the brightest rising stars in Nashville. Her finely etched writing and soulful voice earned her numerous television appearances including “The Tonight Show Starring Jimmy Fallon” and “Late Night with Seth Meyers,” a plethora of festival bookings including South by Southwest and Stagecoach, and high-profile touring slots with the likes of Tim McGraw and Faith Hill and Sheryl Crow. With 2020’s follow-up, Supernova, the singer-songwriter who garnered acclaim from TIME, Rolling Stone, Billboard, The New York Times, and countless critics, upped the ante, delivering a set of songs that were bigger, bolder, and more powerful sonically and lyrically. Songs that had her named to Paste’s 10 Country Artists to Watch list and Pandora’s Ones to Watch list, as well as a selection for Amazon Originals and a mini documentary with Apple Music called Caitlyn Smith: Reimagined. ThePollstar “Hotstar” spent the last year opening for George Strait, Reba, Little Big Town and Old Dominion which led to her debut on “The Kelly Clarkson Show” after Clarkson saw Smith’s opening “Strait to Vegas” set, taking to Twitter to share praise for the performance. Smith is currently headlining her own 13-city High & Low tour 2022, which kicked off this spring in her hometown of Minneapolis, Minn. and recently performed overseas as a part of C2C in London. Venturing into the unknown and expanding her artistry with latest project, the highly-anticipated and self-produced High, praised by NPR as “her most fully realized project yet,” is available now via Monument Records. The project’s lead single “Downtown Baby” is now at Country radio, earning 50 first week adds.

Sam Robbins is often described as an “old soul singer-songwriter”. The Portsmouth, NH-born, Nashville-based artist continues to put a modern spin on the sounds of classic 70s singer-songwriters like James Taylor, John Denver and Jackson Browne, injecting the style with his own playing and writing voice. Add in a splash of the lighter side of Dave Matthews and the smooth conversational style of Jack Johnson and you have an artist poised to carry the torch into evermore.

On Bigger than in Between (due August 5, 2022), the follow-up to his acclaimed debut album, Finally Feeling Young (which contained a pair of Kerrville Folk Fest New Folk-winning songs), the collection showcases a mature, fully-formed artist making a statement.

Make a Reservation for Caitlyn Smith with Sam Robbins